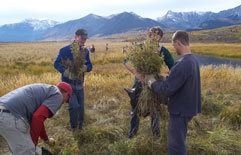 The Waterton Biosphere Association [WBA] was established in the early 1980s by staff of Waterton Lakes National Park and members of the local ranching community.

By the late 1980s, the WBA had established a management committee made up of ranchers and park staff, and a technical committee which was active until 1990. Recognition of the benefits of broader community involvement resulted in the establishment of the Crown of the Continent Society [1990-1992], bringing together more than 30 agencies and stakeholder groups in the Pincher Creek area.

The WBA continued to exist as an informal steering committee throughout the 1990s and early 2000s, when it was absorbed by larger scale initiatives by other organizations which strengthened the biosphere reserve functions over a broad area. The organization was revitalized as the Waterton Biosphere Reserve Association in 2009.

The Waterton Biosphere Reserve Association has facilitated and supported many projects over the years related to the conservation of biodiversity and sustainable development, including: 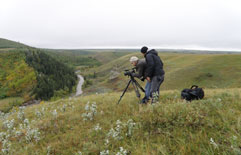 Waterton Biosphere Reserve was proud to celebrate its 35th anniversary in 2014.