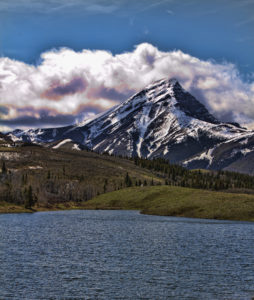 Butcher Lake in the Castle. Photo credit: Government of Alberta

In September 2015 the Alberta Government announced plans to establish a new provincial park called Castle Provincial Park and an expansion of the Castle Wildland Provincial Park.

In January 2017 following a public consultation period the Alberta Government officially announced the designation of these parks and released a draft management plan for them.

The Castle Wildland Provincial Park will be approximately 80,000 hectares in size, and includes the most critical and sensitive areas for headwaters and wildlife, including major wildlife movement corridors for wide-ranging species such as grizzly bear, and habitat for threatened species such as westslope cutthroat trout.” – from the AEP website.

Following the official announcement from the Alberta Government a draft management plan for both the Castle Provincial Park and the Castle Wildland Provincial Park has been developed, and there are opportunities for public input into the draft plan.

“The Castle area is one of the most biologically diverse areas in Alberta and home to a range of rare and at-risk species, including wolverine, grizzly bear and westslope cutthroat trout. The area has a history of multiple uses including commercial forestry, grazing, oil and gas development, as well as tourism and recreational uses.” – from the AEP website.

Sessions will examine wider conservation and land-use issues in the southern Eastern Slopes, Castle parks and surrounding areas. Discussions will include linear disturbances, off-highway vehicle use and trail planning.

With so many interests in the Castle area it is especially important that everyone take a few minutes to complete the survey regarding the Castle Parks draft management plan.