What We Did During The Field Season

During our 2020 project field season, our Conservation Technician, Elizabeth Anderson, helped landowners to identify and monitor maternity roosts for bats. To correspond with when mother bats have flightless pups in the colony, the survey window was from June 1 to July 11, 2020. Maternity roost counts followed the Alberta Community Bat Program protocol where participants (i.e., technician, landowner, other volunteers) sat in lawn chairs watching for and counting bats leaving the suspected roost exit for one hour after sunset. Where guano (bat poop) was accessible, a sample was collected for lab analysis of the bat species using the roost. We were sometimes able to get a sense of bat species in the area using bat detectors like the one shown below. 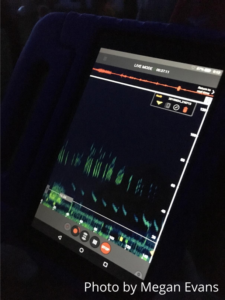 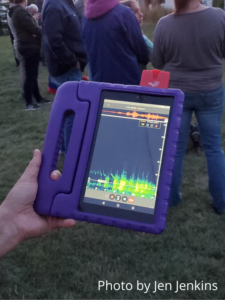 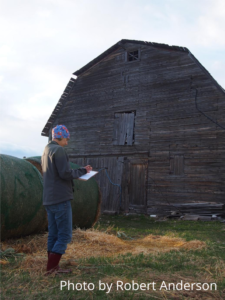 We also met with landowners at properties known to support bats but where specific roost locations were unclear. These stewardship visits focused on exploring bat habitat in the area, discussing ways to maintain or improve habitat for bats on a given property, and using the bat detectors to identify possible species using the area.

Our Building Resilience for Bats Project field season for 2020 has come to an end and was a great success! 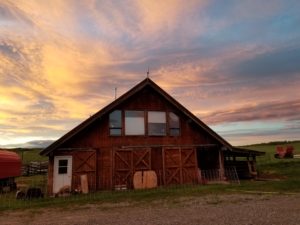 We had 20 WBR landowners reach out about bats and bat habitat in WBR, resulting in 30 total contacts during site visits and roost counts and another 10 additional contacts with no site visits.

There were 7 total roost counts completed and many more great discussions about bat biology, threats, and habitat needs through their reproductive cycle.

The species detected were dominated by little brown and big brown bats, though long-legged bats and the occasional hoary or silver-haired bat were detected as well.

The largest count saw 145 bats exiting the roost, but bat numbers would be greater if counts were conducted now as pups are now flying. Pups of little brown bats (the focus of the Building Resilience for Bats project) are typically born in late June/early July and take their first flight at 3 weeks of age. By 4 weeks of age, they are weaned and self-sufficient members of the colony. So as we head into the second half of summer and then fall, bat focus is fully on foraging and fattening in preparation for hibernation. So keep your eyes to the sky about a half hour after sunset and cheer them on as they devour our nighttime insects and fatten up for winter hibernation. Some bats may be distracted from all this feeding as mating occurs in the fall as well! Fun bat fact – the females store sperm so fertilization doesn’t actually happen until the spring.

When bats return in the spring, consider conducting a simple roost count (if you have a known roost on your property) on one or two warm June evenings annually to see if your bat numbers are changing. We would be happy to provide an explanation of this low-tech but very valuable monitoring method. For this information you can contact us at bats@watertonbiosphere.com. If you don’t have a roost and/or want to learn more about ensuring your property has high-quality habitat to support local bats, check out Alberta Community Bat Program’s Building Bat Friendly Communities Program Guide for more information by clicking here.

For more information on bats and our Building Resilience for Bats Project you can visit our project webpage here.